The global metrology software market size was valued at USD 875.43 million in 2021 and is anticipated to witness a compound annual growth rate (CAGR) of 8.7% from 2022 to 2030. The market is to propel the market as there is an increased drive toward automation of processes in manufacturing industry and the requirement of the high quality products from the customers. The absence of awareness challenges is anticipated to hinder the market growth. Based on the segment the market is divided by end user industry.

In Europe, the increasing trend toward total automation of production services is instrumental in fueling acquirement of metrology tools and software solutions in several industry verticals comprising automotive, electrical and electronics, pharmaceuticals, and aerospace. This is fueling the development of the market in the region. 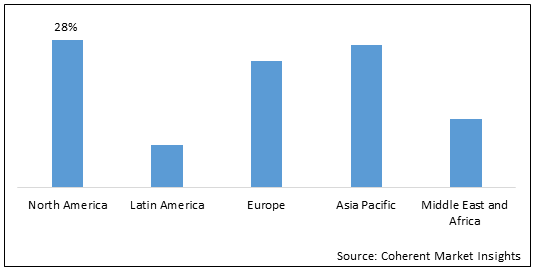 Bi-directional and fast interface abilities already accessible on many machine tool controllers permit metrology software to be usage to procedure of measurement data gained and calculate developed geometrical and tolerance characteristics of parts as they are being prepared.

Moving further, the Inspection and quality control process utilizing metrology will become a basic part of industrial procedure. Metrology has progressed to fulfil vast measuring necessities owing to the quick development of new technological growth. For this several software, creations are advocated in the market with a regarded rate of product creation, collaboration, and several spending for boosting the market existence during the predicted duration.

Furthermore, several research projects are possibly to bring adhesion to the metrology software market. For example, Metrology for the Factory of the Future is a partnered analysis initiative bringing collective academics from Europe's top national metrology institutes and universities.

The project focuses to offer a metrological framework that combines metrology and modern digital machineries to cover the whole lifecycle of measured information in industrial applications. The scientists demonstrate the framework's practical practicality by executing it in three industry testbeds.

Also, various distribution deals and approvals are advocating in the market. For example, in May 2021, Renishaw, a global metrology firm, declared a sales distribution deal for its PolyWorks software package, comprising PolyWorks Inspector and PolyWorks Modeler, with InnovMetric Software Inc.

The reliability on manual procedure and non-formal ways of managing risks by companies is restraining the measurement system by metrology software. Currently, there are various kinds of CMMs, dozens of producers, and several software programs to run the technologies. 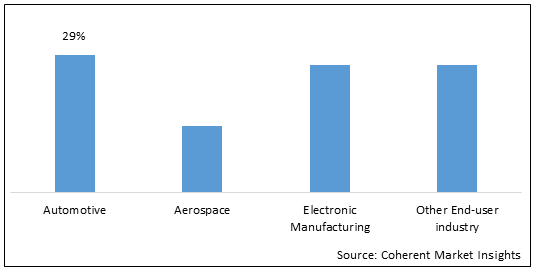 Based on the end user industry, the market is segmented into Automotive and Aerospace and many more out of which in automotive every industry requires standard control because it guarantees that items are of the utmost standard and are identical. It is an especially essential feature of the automotive industry that allows high-end production. Regular data and appropriate measurement helps in the making of a better, tighter, and more regulated production line.

In Aerospace, from the dawn of flying, technology has developed at a breakneck pace, and planes are now mostly very erudite. The usage of metrology in aerospace has been crucial to this progress, and metrology's vitality is projected to only increase in the next decades, hence fueling the market for metrology software.

In September 2021, The Company NIKON METROLOGY NV released a new set CT reconstruction algorithm with the latest version of its Inspect-X software. This can scan more notable components and can be done at huge geometric exaggerations. The Offset.CT design can be utilized with all Nikon Metrology X-ray CT systems from 180kV to 450kV. This is the combination of the latest Rotating.

In June 2021, Creaform declared the launch of the latest version of the VXelements platform v9.0. Various new features and current improvements have been advanced to offer notable enhancements. The new VXelements viewer can be utilized for data sharing, and the free version of the platform enables end-users and colleagues.

In October 2021, Creaform declared the latest accompaniments to its R-series lineup, comprising the novel MetraSCAN-R BLACK. Elite HD with enhanced performance. This suite of methods also comprise a new method of the VXscan-R module specifically made to assist custom automatic 3D cancel layouts while upholding the ease of usage of digital twin programming software.

The global metrology software market is highly competitive. This is attributed to continuous launch of new technologies due to ongoing R &D and efforts by value chain participants. Moreover, key players are adopting various business growth strategies in order to expand their presence on regional as well as global basis. Some of the key players in the global metrology software market are:

*Definition: Metrology software is the way people communicate with OGP measurement methods. Controlling, monitoring, displaying, and reporting every part of the measuring procedure. OGP software lets one do as little, or as much as one requires from part to part, operation to operation. Extensive sets of automatic tools offer greater abilities and constant outcomes daily.

Manufacturing Intelligence is the largest software developer in the metrology industry and provides a vast range of in-house developed, individually-customizable software packages that offer intelligent and efficient data acquirement, analysis and evaluation and powerful data management and reporting tools

Data-driven manufacturing permits management to monitor trends in manufacture and labor time, proper maintenance and standard issues, and decrease security and business risks from the operation. Players are aiming on creating newer solutions in metrology software, which is helping the main development driver for the market. The software will get more strength to tackle huge amounts of data more efficiently. The trend in software growth is in line with the ongoing trend of affecting metrology actions to the shop floor and assimilating metrology tools more methodically into the production line.

On contrary, several learning programs are provided by the market sellers for experts who are hopeful to enhance their abilities. For example, in January 2022, Open X Education declared a metrology learning program in conjunction with Verisurf Software for people getting a job in the fast- growing industrial and metrology business and experts looking to increase their capabilities.

Demand for high quality products from consumers fueling the growth of the market.

The Automotive segment is the leading component segment in the market.

Lack of awareness challenges the market growth restraining growth of the market.