Monoethylene Glycol Market To Surpass US$ 34.8 Billion By 2028

Monoethylene glycol can be found in polyester fibers and films. It is one of the greatest products for making polyester fibers and Polyethylene Terephthalate (PET) films because of its resilience and hydrophobic qualities. Monoethylene glycol is used in various industries including construction, automotive, consumer goods, textiles, medicines, and chemical processing. Monoethylene glycol production has increased in response to the growing demand for polyester fiber in the textile industry. The global monoethylene glycol market growth is predicted to be driven by the increasing use of polyethylene terephthalate (PET) in major consumer goods products such as bottles and food containers. People's changing lifestyles and urbanization in major nations such as China, India, Brazil, and Mexico are likely to drive the demand for monoethylene glycol. For instances, according to OECD Regional Development Working Papers on Urban Trends and Policy in China With nearly 600 million urban residents, China has surpassed the United States as the world's most populous country. According to projections, this number could reach 900 million by 2030. 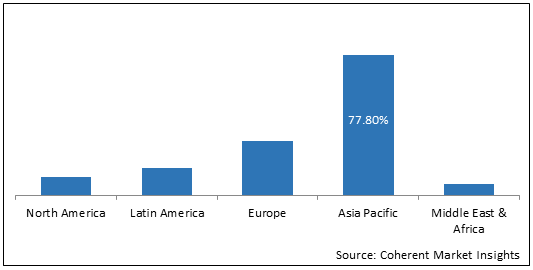 The fluctuation in raw material costs and the availability of crude oil and other feedstock is one of the significant barriers to the expansion of the monoethylene glycol (MEG) market. Concerns about the sustainability of monoethylene glycol are influencing some end users to seek out alternatives that have better material performance than MEG.

Emerging trends that have a direct influence on market expansion include acquisitions, mergers, and product development by key players. Several key players are focused on strategies such as acquisitions and mergers to improve their position in the global monoethylene glycol market. For instance, in July 2021, ExxonMobil, an American multinational oil and gas corporation and SABIC's, a Saudi Arabian multinational chemical manufacturing company joint venture, Gulf Coast Growth Ventures, in Corpus Christi, Texas, completed construction of a monoethylene glycol (MEG) unit and two polyethylene (PE) units. 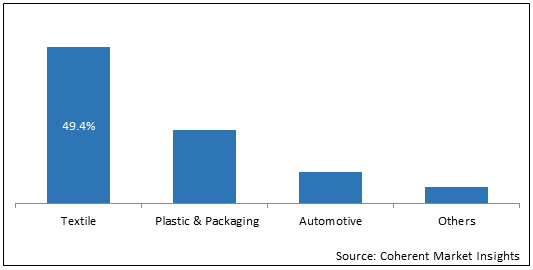 On the basis of end-use industry, the textile segment dominated the global monoethylene glycol market in 2020, accounting for 49.4% of market revenue share, followed by plastic & packaging, automotive, and others owing to the rising adoption of monoethylene glycol due to its versatility as a chemical that is compatible with water and various organic components.

The COVID-19 had a negative influence on the global monoethylene glycol market. China is the largest supplier and user of mono-ethylene glycol in Asia Pacific, owing to the country's expanding population and urbanisation, which has resulted in high demand from the textile industry. However, the supply chain has been disrupted due to the COVID-19-triggered lockdown, which has hampered the global monoethylene market. Furthermore, as a result of the outbreak's negative influence on the general economic situation of most people, consumer demand has decreased and people have become more focused on cutting non-essential expenses from their budgets.

In May 2019, Shell, is an Anglo-Dutch multinational oil and gas company is moving forward with the development plans for a US $1.2 billion monoethylene glycol plant at its Louisiana location. MEG is used to manufacture paints, adhesives, paper, polyester fibers, and polyester terephthalate, a resin used to make plastic bottles and antifreeze.

The expansion of the monoethylene glycol market would be aided by rising demand for PET packaging in various commercial and industrial end-use applications. Clothing, industrial fabrics, and non-woven fabrics are just a few of the industries where fibers are used. Some of the features of these fabrics, such as resistance to moisture, stains, oil, and water, have led to increased demand for them. It's abrasion-resistant and wrinkle-resistant. As a result of these characteristics, the use of fibre in textile sector and the monoethylene glycol market will grow in the forecast period.

On the other hand, MEG is extremely toxic to people; consumption has been shown to have a negative influence on the kidneys, the heart, and the central nervous system, which is limiting the market growth.

What will be the global monoethylene glycol market size in 2028 and at what rate will it grow?

The market growth is driven by increasing demand for monoethylene glycol in the manufacturing of polyester fibers and antifreeze as well as rising demand for polyethylene terephthalate (PET) packaging in various commercial and industrial end-use applications around the world.

Increasing use of monoethylene glycol in the production of polyethylene terephthalate (PET) films and acquisitions and mergers by key players to strengthen their market position are expected to boost the market growth over the forecast period.

The fluctuation in raw material costs and the availability of crude oil and other feedstock will hinder the market growth.