Nutricosmetics are oral based nutritional supplements for beauty and skin health. Nutricosmetics market is primarily driven by the expansion and consumer awareness in personal grooming coupled with busy lifestyle of the growing urban population. Nutricosmetics are health products which is mainly used for the treatment of hair, nail, skin defects, sun protection and photoaging. Photoaging is aging mainly caused due to exposure to ultraviolet (UV) light which causes brown spots and deep wrinkles. Antioxidants such as vitamin E and C, green tea polyphenols, beta carotene, supplements containing polypodium leucotomos, an extract of a Central American fern plant, and synergistic antioxidants has the ability to reduce sun damage. Other micronutrients such as carotenes, flavonoids, and omega-3 fatty acids also provides protection from ultraviolet light exposure and reduce the aging of skin and wrinkle formation. Some of the key drivers to fuel the nutricosmetics market are rising retail shops across the globe, rising popularity of ready to drink nutricosmetics beverages, preference for effective and safe beauty solutions boosts the sales of cosmetics supplements, and growing consumer awareness toward prevention of pre-mature skin aging along with others. The increasing demand for skin care products and growth of global cosmetics market is expected to exhibit a CAGR of 5.2% in terms of revenue during 2017-2025, which is expected to drive the nutricosmetics market during the forecast period. The global nutricosmetics market size was valued at US$ 5.16 billion (revenue) in 2016 which is expected to expand at a CAGR of 4.98% is also a major product to drive the nutricosmetics market during the forecast period. 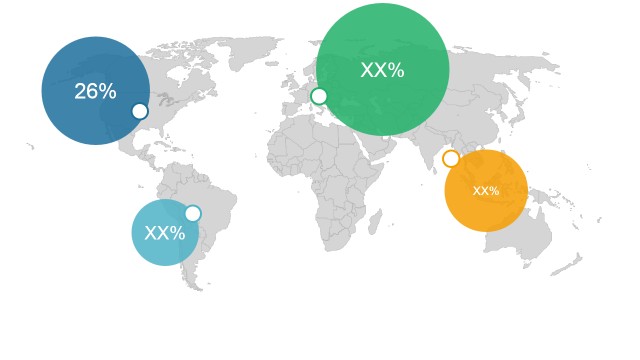 Factors such as rapid innovation and technological advancements is expected to gain traction in nutricosmetics market. For instance, in the U.S. Mars, food packaging company launched Dove Beautiful (containing biotin, zinc and vitamins E and C) and Dove vitalize (containing dark chocolate enriched with vitamin B). These products in spite of high investment in product promotion failed to gain consumer demand in the U.S market. Nutricosmetics products are subject to market regulations in Europe. For instance, in October 2010, European Food Safety Authority’s (EFSA) approved the launch of Nesfluid, a functional beverage along with other ingredients such as zinc, vitamin C and D, and selenium by Nestle. The target consumers for nutricosmetics have widened over time as now has taken male population on its ambit. Wellman Tricologic, a popular anti-hair loss product for men has attracted customers in Europe.

Europe, followed by North America and Asia Pacific, respectively, accounted for major share in the global nutricosmetics market in terms of revenue in 2016 and the trend is estimated to remain the same over the forecast period. In 2016, North America held a share of 26.12% in terms of revenue, followed by Asia Pacific (24.03%). The growing demand for personal grooming and busy lifestyles in Asia Pacific due to rising consumer awareness coupled with growing retail sector is expected to drive growth of the global nutricosmetics market over the forecast period. The global vitamins segment in the global nutricosmetics market is expected to witness a CAGR of 11.65% from 2017 to 2025. Asia Pacific is expected to be the most lucrative market during the forecast period, due to its rapidly growing economy, especially in China and India, coupled with rising healthcare awareness, which in turn is expected to bend the consumers towards nutricosmetics along with the regular diet. Moreover, the growing retail sector across the region is also expected to boost the market for nutricosmetics from 2017 to 2025. For instance, according to India Brand Equity Foundation (IBEF)—a Trust established by the Department of Commerce, Ministry of Commerce and Industry, Government of India—the retail market in India is expected to nearly double to US$ 1 trillion by 2020 from US$ 600 billion in 2015, due to income growth, urbanization, and attitudinal shifts.

Major players including Frutarom Ltd, Lucas Meyer Cosmetics S.A.S., Sanofi-Aventis U.S. LLC, Croda International Plc, and Pfizer Inc, Functionalab Inc, Laboratoire Oenobiol S.A.S., Laboratoires Inneov SNC., Beiersdorf Ag, BASF SE, Borba, Inc., Frutels LLC, ISOCELL SA, GlaxoSmithKline Pharmaceuticals Limited, ExcelVite, Denomega Nutritional Oils AS, Groupe Danone SA, IMCD Group BV, Lonza Group Ltd. among others are the key competitors in the global nutricosmetics market. Product portfolio expansion and geographical expansion are the key market trends which are expected to shape the industry in the near future. For instance, ALPI Candy Factory has expanded its manufacturing units in Croatia and Greece for the manufacturing of nurticosmetic products such as deo toffee, deo lavender with sugar and without sugar along with others are some of the few products to expand the growth of global nutricosmetics market during the forecast period.

Europe dominated the market in 2016 and the trend is expected to remain the same during 2017-2025. The increasing demand for nutricosmetics in various applications such as skin care, hair care, oral care, sun protection along with others, due to rise in consumer awareness towards health and beauty over the years, 2015-16, is the major driving force to position Europe as the largest region in the global nutricosmetics market. For instance, In October, 2010, Nestle launched a nutricosmetics product Nesfluid functional beverage, which was approved by European Food Safety Authority’s (EFSA) along with other ingredients such as zinc, vitamin C and D, and selenium, this regulations forces the manufacturers to evaluate their products through testing identity, purity, strength, and composition. North America market is also expected to experience significant growth and is anticipated to exhibit a CAGR of 11.64%, during the forecast period.

Panthenol is an essential nutrient, which helps in the synthesis and degradation of the fatty acids in our body. Panth...

Isoeicosane is a synthetic liquid oil, mainly used in the cosmetics and personal care industry as a substitute for min...

Active cosmetics are cosmetic products, which are sold in healthcare outlets and have a derma/pharmaceutical profile. ...

Isohexadecan is a C16 iso-paraffin which is primarily used as an emollient and solvent in a wide range of beauty &...

Shea Butter is an extracted product, which is a vegetable oil or fat containing triglycerides. It is ivory or off-whit...