Social games are video games that are developed for the masses and for those who are not considered avid gamers. These games are easy to learn and do not require expertise in gaming skills. These games often act as a stress buster for students, working personnel, housewives, and others. Social games are played on smartphones, desktops, laptops, and tablets, among others. Unlike a console-based game where only two people are up against each other, social games provide a platform where multiple players can compete with each other.

The demand for smartphones has increased significantly in the recent past. Growing applications of smartphones are resulting in growing support for social gaming in the market. There are different operating systems used in smartphones including iOS, Android, BlackBerry OS, and Windows, which enable users to carry out different tasks simultaneously. Different social games can be downloaded on these smartphones with the support of operating systems. The large memory capacity, ranging from 16 GB to 64 GB, allows several games to be stored on the phone. Therefore, these factors are expected to drive growth of the global social gaming market during the forecast period.

Most social games are available free of cost. The simple installation process of the games on smartphones and tablet PCs allows kids as well as the elderly to enjoy games without much difficulty. The mentality of players to compete with friends, family, and colleagues has increased the popularity of social gaming. It does not require setting up huge Xboxes or Playstation to play. All it requires is to log in and start playing. Furthermore, it can be accessed at different places such as schools, colleges, railway stations, and airports. Thus, these factors are expected to propel the global social gaming market growth over the forecast period.

There are concerns regarding getting addicted to these games. Many adolescent children are getting addicted to games. Addiction to games has shown many negative effects on the health of an individual including skin blisters, neck & elbow pain, wrist pain, sleep disorders, calluses, etc. Hence, these factors are expected to hamper the global social gaming market growth over the forecast period.

The social gaming industry is coming up with high-quality browser-based games. Companies are looking to launch richer and complex 3D social games. Adobe launched Flash Player beta that is expected to support accelerated 3D, while Unity launched Flash export capability. Social games can be installed easily on smartphones and tablet PCs. Most games are available free of cost. Hence, consumers are likely to use browser-based games that give almost the same thrill and experience as that of an Xbox or Playstation.

Cloud gaming offers the option of instantly playing games on cloud servers without having to spend time downloading the game. Computers or consoles would no longer require higher processing power or graphical capabilities. Furthermore, cloud gaming will provide the liberty to play console or PC specific games on the tablet itself. Cloud gaming focuses on high-end games streamed to computers, TV, or micro consoles. It has recently been introduced in social gaming and brings live streaming of casual games. It allows free downloading, and the games can be played even on slow internet connections. 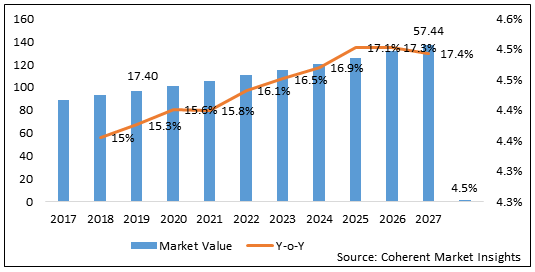 Increasing demand for smartphones and tablet PCs is fueling the growth of social games globally. Mobile devices allow the games to be accessible 24*7. This is primarily supporting its growth across the segment. PCs and smartphones are typically used for social gaming since they offer easy accessibility and convenience for consumers.

Social games developers often require funding from third parties for the development and production of games. Developers who have an idea but are short of funds often seek help from investors. Moreover, investing companies are often involved in the marketing of the product. This provides greater visibility to the games. Some of the major investing companies in the market are Electronic Arts, Inc. (EA), Microsoft and Activision. Depending on the potential of the games, the investing companies provide the required capital. 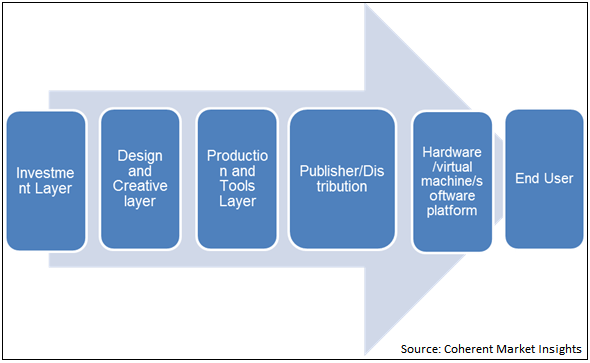 A social game is an online game that is played through social networks. Social gaming is becoming a popular online pastime. Moreover, social games are played by a single player or multi-player at the same time. This multi-player may co-operate or compete against each other. Moreover, social game facilities and encourages social interactions and communication, inside the game. Social games can be accessed through personal computers, gaming consoles, and mobile & portable devices.

The penetration of social games is getting increased by the factors such as increasing access to the internet among the people, high penetration of laptops, mobile phones and tablets, high number of availability of social games for all gender, and age group of peoples. For instance, according to Our World in Data, in the year 2000, globally the 413 million internet users, get increased to 3.4 billion in the year 2016, which is further expected to increase over the forecast period. China and India were the countries having the highest number of internet users.

Restrictions on social media networking websites in some countries are expected to hamper the growth of the social gaming market over the forecast period.

What is the market size of Social Gaming in 2019?

What is the Compound Annual Growth Rate (CAGR) of the Social Gaming market during the forecast period (2020-2027)?

What is the primary factor contributing towards the growth of global Social Gaming market?

Which region held the largest market share in the global Social Gaming market?

Who are the key players operating in the global Social Gaming market?