The rising production and consumption of mushroom such as button mushroom, oyster mushroom, and others is also expected to drive the market growth in the coming years. For instance, on December 8, 2020, Post Holdings, a consumer packaged goods holding company, acquired Peter Pan brand of Conagra (consumer packaged goods holding company) and the transaction between Conagra and Post Holdings was completed on January 25, 2021.

Acquired Peter Pan brand of Conagra Brands combines a rich heritage of making great food with a sharpened focus on innovation and the transaction between Conagra and Post Holdings was completed on January 25, 2021.

Increasing demand for plant-based food products such as tofu, bread, rice, dry pasta, and others is also boosting the market growth. In November 2020, Hooray Foods, a plant-based meat company launched around 300 whole food stores across California. Hooray Foods estimated their growth projection of US$ 140 billion by the end of 2029.

According to global news wire, in November 2020, Hooray Foods, a plant-based meat company launched around 300 whole food stores across California and this food stores are expanding weekly in the state. According to the company’s report, Hooray Foods estimated their growth projection of US$ 140 billion by the end of 2029. 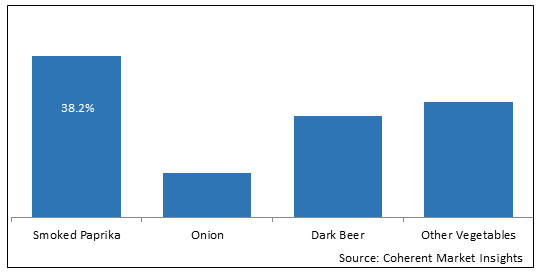 Among flavoring, the smoked paprika segment held a dominant position in the global vegan bacon market in 2021, accounting for 38.2% market revenue share.

Rising awareness about the medical advantages of vegan bacon can boost the market growth. For instance, on April 29, 2021, vegan food manufacturer, Upton’s Naturals collaborated with Dot Foods, which is a  food industry redistributor in North America. The new relationship will increase the availability of 100% vegan meat alternatives for distributors, restaurants, and foodservices establishments’ nationwide. Additionally, In July 2022, the International Agency for Research on Cancer, part of the World Health Organization, classified the utilization of red meat as probably oncogenic to humans. On the basis of sufficient evidence, it was concluded that the consumption of processed meat causes colorectal cancer which can hampered the market growth of meat-based products.

Furthermore, in June 2020, a leading vegan bacon manufacturer, Beyond Meat, announced to acquired a new production unit in Enschede, Netherlands for the expansion of their production capacity in Europe. 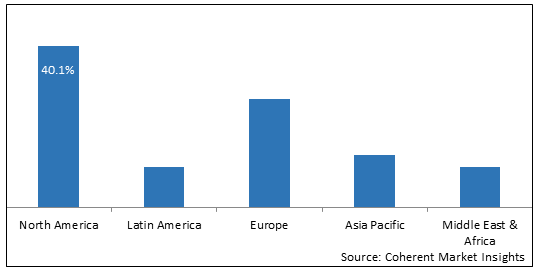 The COVID-19 has positively as well as negatively affected the plant-based industry. During the pandemic, vegan, vegetarian, and flexitarian diets were rising rapidly. Due to lockdowns, travel bans, and business shutdown reduced the economic and industries growth of the developing countries. During the pandemic, disruption in the supply chain, vegan bacon market witnessed the lower growth.) However, the increased consumption of vegan products during COVID-19 can boost the market growth, owing to different taste and flavor of these products. Due to COVID-19, consumers are more concerned about their immune health, energy metabolism, systematic inflammation, weight level, and their current lifestyles.

Vegan bacon is generally healthy and can be used in sweet as well as savory dishes because it is flexible for making the dishes and popular choice for chefs to add flavor and excitement to their dishes or menus. Most vegan bacon has healthy fats, a considerable amount of protein, and fiber. Without any of the animal cruelty, vegan bacon offers all the flavor of pork bacon. Thus, it is being incorporated into a variety of ready-to-eat processed food items by food manufacturers. The vegan bacon market has been growing in recent years due to more people looking for plant-based alternatives to meat and dairy products.

(The consumption of meat products are assumed to prevent the risk of type-2 diabetes and cardiovascular diseases. For improving the quality of products and increasing the customer base the manufactures are using various innovative ingredients as well as procedures in their products.) For instance, in 2021, Hooray Foods, a vegan bacon manufacturing company announced that it had secured an additional US$2.7 million in order to grow its operations. , Additionally, in June 2020, a major vegan bacon maker Beyond Meat, Inc. announced the opening of Zandbergen co-manufacturing facility in Zoeterwoude, Netherlands to expand its production capacity in the Europe region.

What is the global vegan bacon market size and compound annual growth rate (CAGR) of the market during the forecast period (2022-2030)?

Rising awareness about the medical advantages of vegan bacon is one of the growing trends in the plant based industry.

Vegan bacon contains high saturated fats which is expected to hamper the market.