Asia Pacific held dominant position in the global air traffic control market in 2020, accounting for 33.81% share in terms of volume, followed by Rest of World and Europe, respectively owing to the modernization of airport infrastructure has led to an increase in the procurement of air traffic control equipment to streamline aircraft operations. 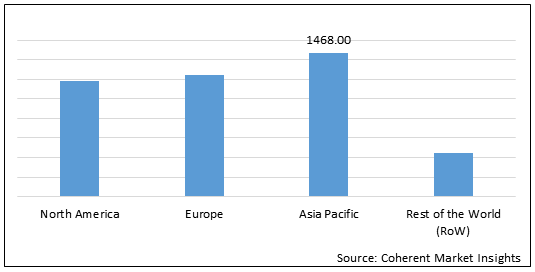 Growing urbanization and rising disposable have increased the number of passengers traveling via aircraft. According to the International Civil Aviation Organization (ICAO), in 2018, around 4.3 billion people traveled in aircraft, increasing from 2.9 billion in 2012. According to the same source, the air transport capacity offered by airlines grew by 4% in 2012 across the world. Such development is expected to contribute positively to air traffic control systems. Furthermore, according to Coherent Market Insights’ analysis, Asia Pacific reported a growth of 5.5% in international airlines and 8.8% in domestic airlines. Europe reported growth in air traffic by 5.6% in international airlines and declines to 0.7% in domestic airlines. Therefore, these factors are expected to drive growth of the global air traffic control market during the forecast period.

Since the number of passengers traveling by air is increasing, the authorities are required to expand the existing infrastructure of airport, in order to manage and handle passenger safety. Growing trade relations among countries and numerous student exchange programs conducted by universities across the world has significantly contributed to the rise in air travelers. According to the Canadian Bureau for International Education, the number of international student enrolment in Canada has increased from 136,000 in 2001 to more than 265,000 in 2012 registering an increase of 94%. Furthermore, passenger comfort and safety management have become a primary concern for airport authorities, which in turn, is increasing investment in air traffic control equipment. Hence, these factors are expected to propel the global air traffic control market in the near future.

According to the Federal Aviation Administration (FAA), commercial airline passenger traffic would increase manifold by 2025. Sometimes due to uncertain position of airplanes, most of the airliners are forced to take stepped landing where airplane comes down to a given altitude and then comes down again when being instructed by tower. Moreover, such satellite-based air traffic control systems will help to cut down the emissions and cost of fuel due to continuous tracking.

There has been increased demand for unmanned air traffic management recently. UTM is an air traffic management ecosystem, which in underdevelopment, for autonomously controlled operations of unmanned aerial system. It is being developed by FAA, NASA, and other federal agencies. It is expected to reduce human errors and provide efficient instructions for pilots.

Contracts and agreements among market players is a major trend

Major companies in the market are focused on contracts and agreements, in order to enhance the market presence. For instance, in January 2012, NavAero entered into agreement with Air France for supplying t BagC22 for airline fleets of A330, 320, 340, and 747 aircraft. In October 2011, Malaysia airlines signed agreement with NavAero for deployment of t Bag™C22 Class 2 EFB and display systems. Moreover, in April 2014, Indra received a contract to modernize five air traffic control centers of Chilean Civil Aviation Department. 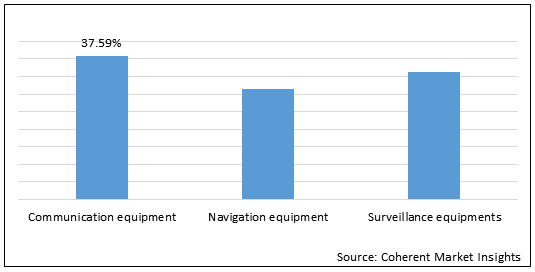 Cost of air traffic control systems is significantly high. ATC systems are provided by Air Navigation Service Providers (ANSP) and are sometimes paid by air travelers as charges. Furthermore, up gradation of these technologies involves heavy charges, owing to incorporation of different technologies in ATC. Besides, it takes a significant amount of time to identify future requirements of ATC systems and installing facilities that fulfill those requirements. Hence, these factors are expected to restrain growth of the global air traffic control market during the forecast period.

There are several strict regulatory norms that need to be complied with by ATC systems. Although there are standard norms across the globe, certain countries and their respective authorities may impose additional regulations, which makes it challenging. Thus, these factors are expected to hinder the market growth in the near future.

Air traffic control is an essential service offered by ground-based air traffic managers who direct aircraft in controlled airspace and over the air surface, and also offer advisory services for other aircraft in unassigned airspace. Air traffic control requires knowledge of all aspects of air navigation and their use and knowledge of airport operations, but may also include hazard communication, traffic analysis, weather observations and forecast, media communications and weather applications.

Initiative to boost the aviation sector post Covid-19 is expected to propel growth of the global air traffic control market over the forecast period. For instance, in September 2020, Airports Council International (ACI) laid out a roadmap for the recovery of the airport sector and wider aviation ecosystem from the devastating impact of the COVID-19 pandemic.

Moreover, recovery in domestic passenger traffic is also expected to aid in growth of the market. For instance, according to ICRA Limited, an independent and professional investment information and credit rating agency, the Indian aviation industry witnessed a recovery in domestic passenger traffic in August 2020, with a sequential growth (over July 2020) of 25 per cent to 26 lakh passengers.

What factors are influencing the adoption of air traffic control?

High cost of air traffic control systems and presence of stringent regulatory norms are factors hindering growth of the market.

Commercial aircrafts held dominant position in the market in 2020.

Contracts and agreements among market players along with partnership and collaboration activities are gaining traction in the market.