The crystallized form of sugar syrup known as candy has been gaining high demand all over the globe and especially popular among the kids. There has been a rising demand for the chocolate candies, across the globe that has majorly contributed to the rise and expansion of the candy market. For instance, according to Coherent Market Insights analysis’ the global chocolate candy market increased to US$ 71,533.7 Mn in 2019 from US$ 68,851.0 Mn in 2018. The global candy market is estimated to surpass US$ 1,44,459.0 million by the end of 2027 in terms of revenue, exhibiting a CAGR of 3.4% during the forecast period (2020 to 2027).

Among regions, Asia Pacific held dominant position in the global candy market in 2019, accounting for 35.54% market share in terms of revenue, followed by Europe and North America. 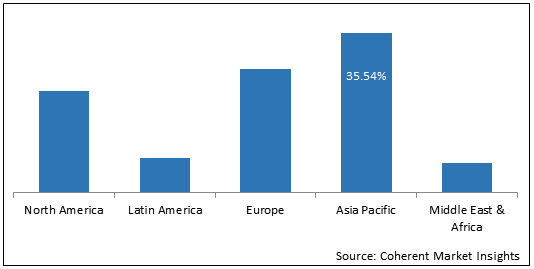 The high consumption of chocolate candies is known to be one of the major reasons for weight gain among consumers. The consumption of dark chocolate in high amount has been noted to increase weight of the consumer and lead to obesity due to the high amount of sugar, fat, and calories. According to the World Health Organisation (WHO) in 2016, globally over 1.9 Bn adults aged 18 years and above were overweight and 650 Mn adults were obese.

With the increasing number of smokers in the UAE (United Arab Emirates) region, the consumption of chew candies is expected to rise in the near future. According to the World Bank, 18.2% of UAE adults contribute to the global prevalence of current tobacco use. The chew gums are known to reduce the tobacco smell after smoking and hence, has led to an increasing demand for chew gums. With the introduction of smokeless cigarettes in the UAE region, the number of smokers are estimated to increase and favor the consumption of chew candies. The presence of numerous hypermarkets/supermarkets have contributed to the rise and expansion of the candy market globally. Some of the major supermarkets/ hypermarkets such as Walmart, Carrefour, and others have been known to favor the revenue and sales of the candy market globally. 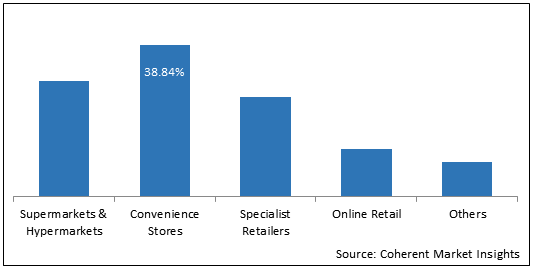 The spread of Covid-19 led to lockdown all across the globe affecting the food and beverages market. Though chocolate consumption wasn’t hampered, the candies market did face a few irregularities in its consumption. Most of the candies are sold majorly through hypermarkets/supermarkets globally. With the implementation of lockdown, the hypermarkets/supermarkets were closed for a long period of time, which has ultimately hampered the sales of candies. During the lockdown period, consumers were concerned about stock piling of essential commodities to get through the pandemic. Though chocolate do not fall under the category of essential commodity, it did experience some sales for the children consumption and also as a source of comfort and indulgence for the adults in the lockdown period.

Candy market has been estimated to grow significantly in the coming years owing to not only its popularity among the children but also amongst the adults and its applications in various deserts such as ice cream sundaes. Apart from this, the attractive packaging of the candies has also played a vital role in the rise and expansion of the candy market all over the globe. Apart from this, the recommendation of the doctors to maintain the sugar levels among the diabetic patients has also known to contribute to the increasing demand for the candy market all over the globe.

Based on product type, the chocolate candy segment held the largest share in the global candy market in 2019. Apart from its rising demand from the millennial population, chocolate candy has also been gaining high demand due to new product launches such as low-calorie and fat-free chocolate candies. For instance in January 2019, Chocolette Confectionary LLC announced the launch of its “guilt free” Red Delight chocolate collection in the US having the world’s lowest calorie chocolates of only 16 calories per piece.

Moreover, regional as well as local candy market manufacturers have been focusing on various growth strategies, including collaborations and merges & acquisitions, with major players globally to strengthen their market position.  For instance, in July 2018, Arcor, an Argentina-based food company specializing in confectionery, formed a US$ 45 million joint venture with Webcor Group, a Switzerland-based provider of agricultural commodities and fast-moving consumer goods.

The rising demand for chocolate candies is expected to drive the market growth during the forecast period.

What are the opportunities for the candy market in UAE?

The rise in the hypermarket/supermarket distribution channel in the UAE region is projected to offer lucrative opportunities for players in the near future.

High consumption of chocolates and candies leading to obesity serve as a restraining factor for the market.