Crohn’s disease is a form of inflammatory bowel disease (IBD) that refers to a chronic inflammatory condition of the gastrointestinal tract causing inflammation in the digestive tract. The disease is confined to the colon of the large intestine and ileum of the small intestine.  The disease is often painful and debilitating and can lead to life-threatening complications in some cases. These complications may comprise of one or more factors that includes bowel obstruction, fistulas, ulcers, anal fissures, colon cancer, and other health issues. Crohn’s disease can be caused due to factors such as stress, diet, heredity and malfunctioning of the immune system. The disease can occur at any age. However, is likely to develop at young ages among majority of the individuals 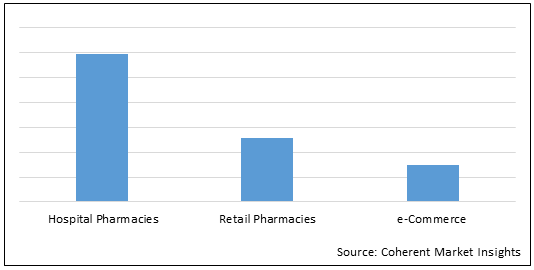 Factors such as increasing number of inflammatory bowel diseases (IBD) as well as rising number of patients suffering from Crohn’s disease is expected to significantly contribute to growth of the Crohn’s disease treatment market. For instance, according to an article published by the Journal BMC Gastroenterology, in May 2021, an illness-death model based on available data was established to project the future prevalence of IBD in Asia, and Iran in particular from 2017 to 2035. As per the results, in 2035, as compared to 2020, the study expected a 2.5-fold rise in prevalence for Iran with 69 thousand cases, a 2.3-fold increment for North Africa and the Middle East with 220 thousand cases, quadrupling of the prevalence for India with 2.2 million cases, a 1.5-fold increase for East Asia region with 4.5 million cases, and a 1.6-fold elevation in prevalence for high‐income Asia‐Pacific and Southeast Asia regions with 183 and 199 thousand cases respectively. 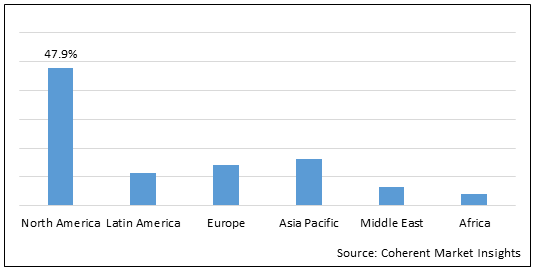 Increasing product launches and development of new and effective therapy options to cure the symptoms of the crohn’s disease are expected to drive market growth during the forecast period.

Development of new and effective therapy options to cure the symptoms of crohn’s disease is also a vital factor contributing to growth of Crohn’s disease treatment market. For instance, researchers from University of Washington Medicine at the Crohn's & Colitis Congress held in January 2018 presented a study that developed an antibiotic, which showed four fold better response on the inflammation of intestine among patients suffering with Crohn’s disease as compared to the existing therapies available in market.

The COVID-19 pandemic had a significant impact on the crohn’s disease treatment market, owing to the disease exacerbation due to the COVID-19 pandemic. For instance, according to an article published by the Frontiers Media S.A. in December 2021, a questionnaire survey on patients with Inflammatory Bowel Disease (IBD) from June 16 to August 21, 2020 during their regular follow-up at a hospital in Japan was carried out. According to the results, 241 patients with ulcerative colitis (UC) and 210 with Crohn's disease (CD) completed the survey, of which 82 (34%) and 97 (46%) patients, respectively, reported disease exacerbation within 2 months after the lockdown. The results suggest that changes in daily life and stress status due to the pandemic and lockdown measures were associated with worsening IBD symptoms, especially in young patients.

On June 17, 2022, AbbVie Inc., a biopharmaceutical company, announced that the U.S. Food and Drug Administration (FDA) had approved SKYRIZI (risankizumab-rzaa) as the first and only specific interleukin-23 (IL-23) inhibitor for the treatment of adults with moderately to severely active Crohn's disease (CD).

The major factors that hinder growth of the global crohn’s disease treatment market include low awareness about the available treatment options among people and high cost of the drugs used in the treatment of crohn’s disease. For instance, a 2019 study from the Crohn’s & Colitis Foundation found that people with Crohn’s disease typically incur about US$ 30,000 in care costs in the year of their initial diagnosis

Crohn’s disease is a form of chronic inflammatory bowel disease (IBD) that causes inflammation in the gastrointestinal tract. This inflammation can take place anywhere between the ileum of the small intestine to the colon of the large intestine. Common symptoms of Crohn’s disease from mild to severe intensity include abdominal pain, reduced appetite, fever, and frequent diarrhea. Rectal bleeding is encountered in few cases due to fissures from inflammation at anal canal. Factors responsible for causing Crohn’s disease include hereditary genes, autoimmune reaction that causes inflammatory condition, and environmental factors such as bacteria and virus. The disease majorly affects people falling between age group of 15-35 years and occurs in both males and females.

There exists no specific cure for the disease, however various therapies can be employed on patients that can help to reduce signs and symptoms of the disease as well as can bring long-term remission. Improvement in long-term prognosis can be achieved through several medications prescribed for the treatment of Crohn’s disease that include anti-inflammatory drugs, immune system suppressers, antibiotics and other medication that helps to control inflammation.

The North America and Europe regions have high incidence of inflammatory bowel disease (IBD) such as Crohn’s disease, which is expected to drive growth of market. For instance, according to an article published in the journal Digestive Medicine Research in December 2020, in North America, the prevalence of IBD is projected to affect approximately 4 million persons by 2030. According to the same source, data from Canada reported a prevalence of IBD at 725 per 100,000 in 2018, which is estimated to rise to 981 by 2030. Thus the increasing prevalence of IBD is expected to drive market growth over the forecast period.

What is the current market size and compound annual growth rate (CAGR) of the global crohn’s disease treatment market during the forecast period (2022-2030)?

Factors such as increasing prevalence of inflammatory bowel diseases and increasing product launch and development of new and effective therapy options to cure the symptoms of crohn’s disease are expected to drive the market growth.

Immunomodulators is the leading drug type segment in the market.