An electrical device that helps in delivering power to a string of LEDs in a regulated manner is known as an LED driver. It helps to prevent the LEDs from having a premature failure by controlling the thermal runaway. The thermal runaway is a phenomenon in which the increase in temperature of the LED, the forward voltage VF, and light decreases by increasing the current. 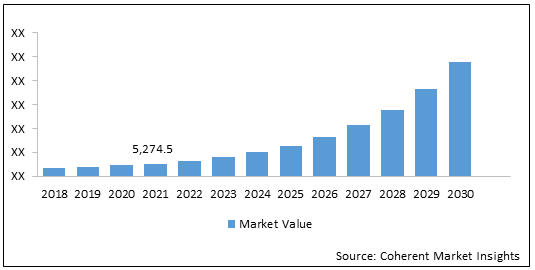 In August 2020, Eaton declared a recycling program that permits the end users to dispose of aged, obsolete, or the destroyed power capacitor units. The program comprises of the onsite material pick up and assists any unit, irrespective of age, the original producer or the situation. The capacitor unit recycling procedure will differ based on the material, infrastructure and the age of unit.

In June 2020, the company ACUITY BRANDS INC. made planned alliance agreement with the Ushio America Inc. Ushio accepted to offer Acuity Brands with its Care 222 UV disinfection design, that utilizes the filtered excimer to produce 222nm far- UVC light that is able to inactive the virus and the bacteria on indoor surfaces. 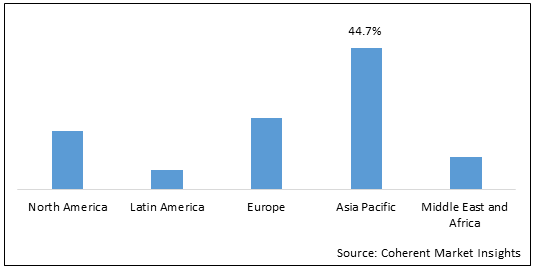 The rising number of smart homes has led to an increase in demand for IoT-based connected lighting solutions which are driving the growth of the global LED Driver Market. For instance, as per a report surveyed by the earthweb.com there are 258.54 million in 2021.

LEDs are widely being used as an alternative to traditional light. LEDs have better advantages than traditional lighting products. These advantages include longer life of LED, higher energy efficiency than conventional products, miniaturization, and lower heat output. This is expected to drive the growth of global LED Driver market.

There is a false notion regarding the high cost for the installation of LED drivers and hence the market may experience some negative trends. This is expected to hamper the growth of the global LED Driver market.

The lack of common standards amongst the manufactures may create challenges for the development of the LED Drivers. This further is projected to hinder the growth of global LED Driver Market.

For several applications, it is desirable to use constant current drivers as they provide more control and offer the ability to design a uniform brightness and clear display. These devices only use a constant current driver, so they have high energy efficiency. Constant current LED drivers are favored because they give a constant forward current regardless of the input voltage fluctuations. This is further expected to act as a key trend in the growth of the global LED Driver Market.

The light-emitting diode driver has become an essential part of industrial and commercial lighting and has helped to reduce electricity costs considerably. The growing reach of LED lights in several applications, such as outdoor, automotive, industrial, and horticultural lighting, is further supporting the growth of the market for LED drivers.  This is projected to act as a key trend in the development of the market.

Governments of several countries have launched smart city projects to develop technologically advanced and ecological living places. Sustainable lighting forms an essential part of such projects. Thus, the demand for IoT-based smart lighting solutions is growing high in such countries. Many cities have also installed smart street lights that turn on and off using daylight sensors. This projected to act as a leading trend in the growth of global LED Driver market.

The LED s offer very low voltage and the safety for the LEDs. Individual LED bulbs to function at the voltages scaling from 1.5 to 3.5 volts and currents till a maximum of 30mA. The domestic bulb may comprise of various bulbs in series and also in parallel combinations and which need a whole voltage of in between 12 and 24 V direct current.

The demand for external drivers is expected to increase significantly across the globe owing to various smart city initiatives under which governments worldwide are looking to reduce energy consumption and gain cost benefits. This is expected to drive the growth of the global LED Driver market. For instance, as per International Energy Agency, in November 2021, over 50% of buildings sector lighting markets globally were covered by LEDs. Several prominent vendors in the market are progressively focusing on providing innovative solutions targeted at the residential sector. This is anticipated to offer lucrative opportunities in the growth of global LED Driver Market. For instance, in August 2020, ERP Power LLC, which offers small, smart, and connected LED drivers and light engines for the lighting industry. It declared one of the world’s smallest programmable output drivers with industry-leading power efficiency and broad dimmer compatibility.

On Contrary, the Covid-19 pandemic has slowed down the work at the residential areas. The halt in the supply of materials led to delay in the transportation. This is expected to hamper the growth of global LED Driver Market.

What is the current market size and compound annual growth rate (CAGR) of the market during the forecast period? (2022-2030)

The rising energy efficient lighting systems demand is anticipated to drive the growth of the market.

Which is the leading End User segment in the market?

Office segment is the leading End User in the market.

Lack of awareness is the key factor hampering the growth of the market.