Premature Ejaculation Treatment Market to Surpass US$ 3.3 Bn Threshold by 2026

Ejaculation means discharging of semen from the body. Premature ejaculation (PE) also known as rapid ejaculation, premature climax or early ejaculation is a condition in which the ejaculation happens earlier than a man or his partner would like during a sexual intercourse. The main sign of PE is incapability to delay ejaculation for more than one minute after penetration. Mainly PE can be classified in two types, namely lifelong (primary) PE and acquired (secondary) PE.

Lifelong (primary) PE is a condition, which affects a male lifelong, nearly from the beginning of his first sexual encounter. Acquired (secondary) PE is a condition in which a male who has a normal sex life starts suffering from PE. The actual cause of PE is not known, however, it can caused due to some psychological and biological factors such as early sexual experiences, sexual abuse, poor body image, depression, anxiety, abnormal hormone levels, inherited traits, inflammation and infection of the prostate or urethra, and worrying about premature ejaculation. 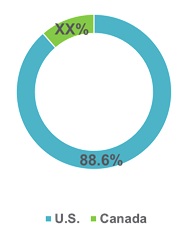 Furthermore, key players are involved in raising funds for the development of drugs and are focused on expanding its sales network, in order to increase their sales. For instance, in 2013, Absorption Pharmaceuticals LLC, a manufacturer of Promescent spray indicated for treatment of premature ejaculation, expanded its international sales team. In 2014, Vyrix Pharmaceuticals, Inc., a subsidiary of Aytu BioScience, raised around US$ 28.75 million. The company financed development of tramadol hydrochloride (Zertane), indicated for the treatment of premature ejaculation from these funds.

Osteochondromas is a rare disease condition causing non-cancerous bone growth, which is mostly manifested in males and...