Sonobuoys Market, By Type (Active and Passive), By Application (Detection, Safety & Security, Oil & Gas and Others), By Size (Size A, Size B and Others) and by Region (North America, Europe, Asia Pacific, Latin America, Middle East and Africa) - Size, Share, Outlook, and Opportunity Analysis, 2019 - 2027

Press Release: Sonobuoys Market Is Expected to exhibit a CAGR of 6.4% During the Forecast Period (2019-2027)

A sonobuoy is a small buoy measuring around 91cm in diameter and 3 ft long that is used as expandable sonar system ejected from ships or aircraft that conduct underwater acoustic research or anti-submarine warfare. They are typically carried in a Sonobuoy Launch Container (SLC) and are built with hydrophones or transducers to convert sound signal to an electrical signal. A decent retarding device namely parachute or rotating blade assembly is connected to sonobuoys, in order to minimize water-entry shock and descent velocity and aids in increasing aerodynamic stability. The assembly of parachutes and rotating blade is called rotochutes.

Sonobuoys are acoustic sensing systems, deployed in the ocean from a ship or aircraft to detect sound signals underwater. These antisubmarine warfare systems are comprised of hydrophones that are utilized to record and listen to acoustic signals emitted from other submarines. Moreover, the signals are guided back to the ship or aircraft with the help of radio transmitters in the sonobuoys. The deployment of sonobuoys is done in a particular pattern, in order to locate exact position of submarines. Early detection of submarines can aid in preventing possible attacks and loss or resources. Hence, these factors are expected to drive growth of the global sonobuoy market during the forecast period. For instance, in August 2016, the U.S. Navy entered into a US$ 12.4 million-contract with NAVMAR Applied Sciences Corporation for cost-plus-fixed-fee delivery order for R&D and testing of sonobuoys.

Although sonobuoys are used in anti-submarine warfare, it also finds applications in locating oil & gas deposits. Some sonobuoys are used for echo sounding, in order to measure depth of a water body. The basic principle is that sonobuoy transmits a sound wave that gets reflected from the seafloor. The depth can thickness of seabed is calculated with time taken by wave to travel back to the ship. Moreover, composition of the layers in the seabed is identified and salt domes and seeps are detected. Over the time, salt accumulates to form a dome from where oil and gas can be extracted. Since oil and gas are valuable resources, governments of various countries are taking proactive initiatives to invest in installment of sonobuoys to locate sand seeps and domes. Thus, increasing application in oil & gas deposit detection is expected to boost the market growth over the forecast period. 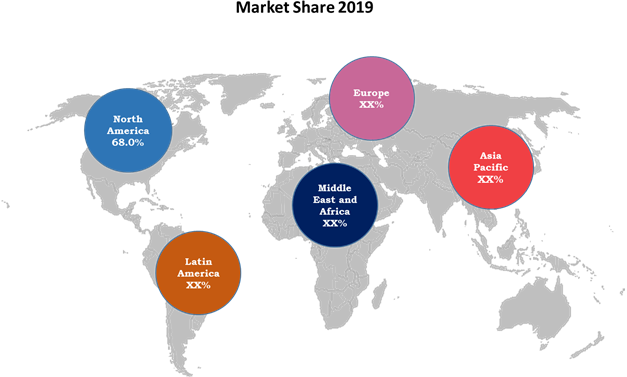 Governments of various countries have implemented certain regulation for deployment of sonobuoys. These regulations limit the use of sonobuoys in areas where marine life exists, which in turn, is expected to restrain growth of the global sonobuoys market during the forecast period. According to the U.S. Navy Regulations, an aircraft with deployed sonobuoys shall use only the passive capability of sonobuoys when marine mammals are detected within 200 yards (183 m) of the sonobuoy.

Sonobuoys transmit acoustic or sound signals through radio transmitters to the respective ships, which can only support a certain number of frequency channels. This, in turn, limits the number of sonobuoys deployed for an aircraft or ship. Furthermore, average battery life of sonobuoys is around eight hours, after which they need to be replaced or recharged, thereby adding significant amount of costs. Hence, these factors are expected to hamper the global sonobuoy market growth in the near future. For instance, Sensor hosting autonomous remote crafts (SHARC) uses big data and advanced sensors, to perform the same task as sonobuoys although it can operate without fuel and additional costs of being monitored.

Previously sound signal that is transmitted and received by sonobuoy used to get corrupted due to mixing of some noise that entered into the channel. However, currently used sonobuoy transmitters and receivers have the ability to filter out noise up to certain extent. Constant research and development activities for the development of advanced sonobuoy transmitters and receivers with improved capability to remove noise can present major market opportunity in the near future for sonobuoy makers. The sonobuoys have average operating life of eight hours, which means sonobuoys can be replaced after every eight hours. Such time lapse in replacement could lead to possibility of missing critical information. Manufacturers can provide sonobuoys with longer operating life to capitalize major growth opportunity.

Developed countries such as the U.S. are actively investing significant amount in defense sector, especially in sonar system. Such increased investment can pose growth opportunity for market players to provide innovative products to government and capitalize on untapped market potential.

Passive sonobuoys are deployed in water bodies for silently detecting submarines. Passive sonobuoys are integrated with hydrophones for converting underwater sound to an electrical signal. Directional Frequency Analysis and Recording (DIFAR) sonobuoys, which is a type of passive sonobuoy with hydrophones offering advanced capabilities such as options for depth selection and sonobuoy’s underwater lifespan selection, are popular and widely deployed. For instance, AN/SSQ-53F is the latest A-type passive sonobuoy offered by SonobuoyTech Systems, with different sensor modes, electronic, and command functions for selection.

Once the location of an enemy submarine has been detected by passive sonobuoy, active sonobuoy is deployed for acquiring the exact location. Active sonobuoys are incorporated with transducers for transmitting an acoustic signal and receiving the reflected signal. These sonobuoys are manufactured for number of reasons. For instance, AN/SSQ-62E by SonobuoyTech Systems, is one of the most widely deployed active sonobuoy types. This Directional Command Active Sonobuoy System (DICASS) has capabilities of providing information regarding the range and direction of the target.

In global sonobuoys market, by Type segment, the Detection, sub-segment dominated the global market in 2019, accounting for 53.7% share in terms of value, followed by safety and security, oil and gas and others respectively. 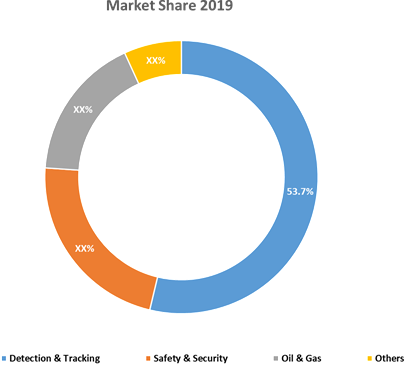 Sonobuoy is expandable sonar devices which are capable of conducting anti-submarine warfare or underwater acoustic research. These devices are small in size 13 cm or 5 in, in diameter and 91 cm or 3 ft long. There are two main types of sonobuoys: active and passive sonobuoys, which are used in accordance with the nature of the mission. For instance, an aircraft looking for anti-submarine usually has a ‘target area’ for a submarine operating underwater. The size of the target area depends on the type of submarine for which the aircraft is supposed to be looking. Parachute or rotating blade assembly is connected to sonobuoys to minimize water-entry shock and reduce velocity and aids in increasing aerodynamic stability. The assembly of parachutes and rotating blade is called rotochutes.

Sonobuoy are launched from ship or aircraft to detect the sound signal under water. These anti- submarine are provided hydrophones which are capable of listening and recording accosting signal emitted from another submarine. These signals are sent back to the ship or aircraft using radio transmission. Early detection of ship or submarine can provide the valuable information in war situation and help to prevent great damage. This factor is driving the growth of global sonobuoy market in the forecast period.

Air transport is the fastest mode of transport compared to road, rail and marine transport. Due to the incre...