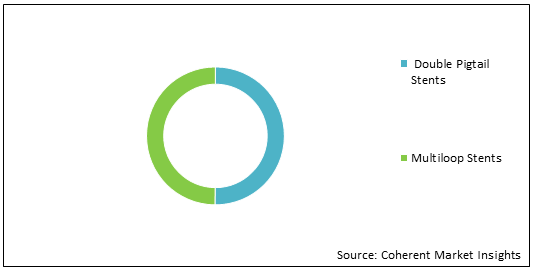 Increasing incidence of kidney diseases is expected to drive  the global ureteral stents market growth over the forecast period.

Increasing incidence of kidney diseases is expected to drive the global ureteral stents market growth over the forecast period. For instance, According to data published by the United States Renal Data System (USRDS), almost 786,000 persons in the United States suffer from end-stage renal disease (ESRD), with 71% requiring dialysis and 29% requiring a kidney transplant. In 2018, 131,636 people in the United States were diagnosed with ESRD, up 2.3% from 2017. Between 2017 and 2018, the unadjusted ESRD incidence per million increased by 1.5%, however the adjusted ESRD incidence per million increased by only 0.2%.

Increasing product approvals by regulatory authorities is expected to drive the global ureteral stents market growth over the forecast period.

Increasing product approvals by regulatory authorities is expected to drive the global ureteral stents market growth over the forecast period. For instance, May 14, 2018, Allium Medical, an Israel-based medical device company that specializes in minimally invasive technologies and solutions, announced that it received regulatory clearance from the China Food and Drug Administration (CFDA) to market its portfolio of urological systems in China. The company has an exclusive strategic agreement with a distribution organization in China's urology market.

The COVID-19 pandemic is expected to hamper the global ureteral stents market growth, owing to delayed surgeries or elective surgeries. For instance, on July 6, 2021, according to an article published in the PLOS ONE, a scientific journal on the impact of COVID-19 on elective surgery in Finland observed data indicates that the incidence of elective surgery decreased substantially when the first COVID-19 wave began in March 2020. . In 2020, Waiting times for gastrointestinal and genitourinary disorders and neoplasms were longer.

Among regions, North America is expected to witness lucrative growth in the ureteral stents market, owing to increasing prevalence of chronic kidney diseases in the region. For instance, according to the Centers for Disease Control and Prevention (CDC), In United states chronic kidney disease (CKD) affected around 15% of the adult population, or 37 million individuals, in 2021. Adults over 65 years old (38%) have CKD more frequently than those 45–64 years old (12%) or 18–44 years old (18–44 years old) (6%). CKD affects somewhat more women (14%) than men (13%) in the United States (12%). 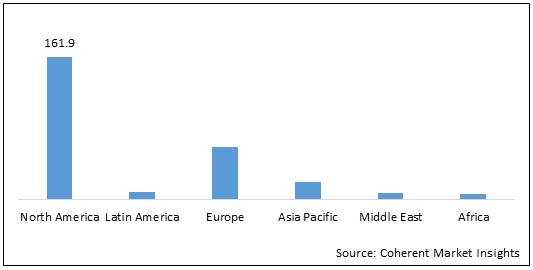 A ureteral stent is a tiny tube that is inserted into the ureter to treat or prevent renal urine flow obstruction. Length of stents used in adult patient’s ranges from 24 to 30 cm. Stents are available in a variety of diameters and gauges to fit different ureter sizes. A cystoscopy is usually used to implant the stent.  JJ stent, also known as a double J stent or pig-tail stent, has one or both ends coiled to prevent it from moving. These ureteral stents are made up of various materials including silicone and polyurethane (plastic). Ureteral stents are 10 to 15 inches long and 14 inches in diameter. A coil on the top of the stent is placed within a kidney. The lower loop is inserted into the bladder. Urinary stents are most commonly used to allow urine to flow through the ureter around a kidney stone that is obstructing urine flow.

Increasing number of product launches by key players is expected to drive growth of the global ureteral stents market growth. For instance, on April 25 2019, Dornier MedTech, a manufacturing company of medical device has announced the launch and availability of AXIS Single-Use Digital Flexible Ureteroscopy and Stone Management Products such as ureteral stents and guide wires at American Urology Association Meeting in Chicago, U.S. The AXIS scope was designed to address the ongoing worry about cross-contamination in the operating room by providing a clean and sterile Ureteroscopy for every patient, every time. AXIS is a premium device that provides urologists with unmatched image clarity and clear visualization when performing flexible Ureteroscopy.