Ammunition is the material fired, dropped, shattered, or detonated from any weapon. Ammunition or ammo is gunpowder which is used to project force against a chosen target. It is used in weapons, propellants, explosives, high explosive projectiles, cartridge systems, carrier projectiles, small arms ammunition, grenades, mines, and pyrotechnics, terminally guided munitions and improved conventional munitions, among others. Ammunition is both expendable weapons and the component parts of other weapons that create an effect on a target. All mechanical weapons require some type of ammunition to operate. Improvements, upgrades, and replacements are continuously being engineered as feedback concerning functionality is received from the battleground.

In July 2020, Northrop Grumman Corporation, has received a contract from the U.S. Army’s Project Manager for Maneuver Ammunition Systems.

In March 2020, U.S. Army has purchased BONUS munitions, that are manufactured by BAE Systems and Nexter. BONUS is a 155-millimeter munition that are specially designed for destroying armored targets. 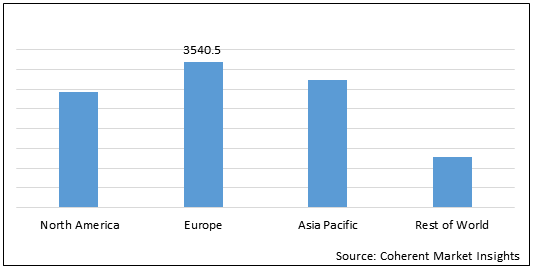 Various countries are undergoing modernization, in order to upgrade and replace its outdated devices. The primary objective of this program is to improve the versatility, capability, and agility of the armed forces so as to meet contemporary challenges. For instance, in 2007, the Indian Air Force began upgrading its MiG-29 fleet. For this purpose, in 2008, India entered into an US$ 865 million agreement with Russia to upgrade its air superiority MiG-29 into multi-role MiG-29UPG standard warplanes. Moreover, in November 2013, the U.S announced that it was keen to enter into a partnership with India for a defense modernization program. Therefore, these factors are expected to drive growth of the market during the forecast period.

Over the years, there have been constant conflicts among numerous neighboring countries, which has increased the demand for the new ammunition. For instance, recent conflicts such as the South Sudan conflict which began in December 2013, the Central African Republic conflict in 2012, and Iraqi insurgency among others have created a need for ammunition. Such conflicts are difficult to end and hence a lot of ammunition is required. Thus, these factors are expected to propel the global ammunition market growth over the forecast period.

Technological developments have overcome various problems faced with conventional weapons. New weapons are a lot better and load faster with more energy and can conserve more space and weight, making them more reliable than ever. So far, there have been developments in cartridges such as smokeless powder, self-contained cartridges, and necked cartridges. Advances in gun metallurgy and better propellant formulations have encouraged the creation of cartridges that produce high velocities from a smaller case and operate at high pressures.

Earlier ammunition lacked precision. Hence, measures were taken to enhance precision. Some of the other possibilities for future development of ammunition include the use of liquid propellants, either injected from a separate compartment or enclosed in cartridges. Moreover, it is also expected that developments of projectile materials other than lead would take place. As lead used in ammunition, contaminates the environment, measures are being taken to replace it with other projectile materials such as copper.

Measures such as the development of lightweight ammunition are taking place in order to reduce soldier load. The U.S Department of Defense is making efforts to reduce ammunition weight carried by soldiers on the battlefield. One of the initiatives taken by them is the Lightweight Small Arms Technologies program through which they aim to provide lightweight ammunition and weapons to the forces. Infantry soldiers are required to carry heavy arms and ammunition for a longer duration on the battlefield which affects their fighting capabilities. This program intends to provide soldiers with light-weight ammunition, which includes light-weight machine guns. For instance, the new advanced light machine gun designed by AAI Corporation makes use of 5.56 mm ammo.

Warfare techniques have undergone noteworthy changes during the past decade, owing to a rise in counter-terrorism, guerilla warfare, and counter-insurgency operations in several countries. Hence, with the rising occurrences of asymmetric conflicts by terrorists, rebel forces, and insurgents, the armed forces are finding newer ways to counterbalance the enemy with newer ammunition. Precision munitions are weapons used by militaries in places where greater accuracy is required. For instance, Guided Multiple Launched Rocket System, XM395 precision mortar and Excalibur are examples of precision munitions. 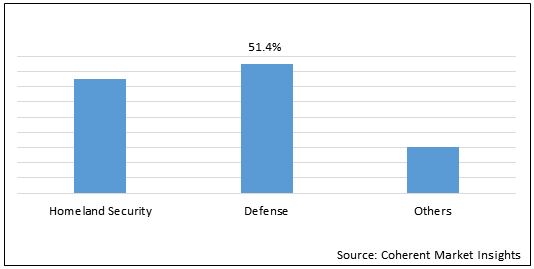 Budget reductions in Europe and the U.S. are expected to restrain growth of the global ammunition market growth over the forecast period

There have been considerable budget cuts in developed regions such as Europe and the U.S. This has affected the military budget and hence the ammunition market. For instance, in 2012, the U.S military spending declined from US$711 billion to US$ 668 billion. Hence, due to such budget cuts, it becomes difficult for countries to stay updated through mediums such as modernization programs. Thus, these factors are expected to restrain growth of the global ammunition market during the forecast period.

In December 2014, the United Nations (UN) imposed the Arms Trade Treaty (ATT), which regulates international trade in conventional weapons. As a result of this, the demand for ammunition is significantly hindered. Hence, these factors are expected to hinder the global ammunition market growth in the near future.

Key companies in the market are focused on product development, in order to expand the product portfolio. For instance, in February 2020, Nexter Group introduced its artillery ammunition, land ammunition, and naval ammunition at DEDEXPO exhibition in India.

Major market players are involved in product launches, in order to gain a competitive edge in the market. For instance, in January 2020, Rheinmetall Denel Munition, a subsidiary of Rheinmetall AG, introduced 40mm grenades and 155 mm artillery rounds.

Development and launch of hands-free reloading solutions is expected to propel growth of the global ammunition market over the forecast period. For instance, in August 2021, RCBS, the manufacturer of ammunition reloading equipment for rifles and pistols, launched the new ChargeMaster Link powder dispenser.

What factors are influencing the adoption of the ammunitions?

Budget reductions in Europe and the U.S. is hindering growth of market.

Europe held dominant position in the market in 2020.