Bakeable trays or direct-to-oven trays are used for baking food in oven at high temperature. Metals were initially used to manufacture bakeable trays, however, currently corrugated paper cardboards are used. Corrugated paper cardboard is lightweight, waterproof, and heat resistant that can sustain temperature up to 220ºC. Bakeable trays allow storage, transportation, and selling food products in a single container, which minimizes the packaging and product cost. Bakeable trays are majorly used in food & beverages industry for packaging of ready-to-eat or convenience foods. These trays are also used for roasting and baking food products such as pizzas, meat steaks, confectionary items, pasta, and others.

Among product type, single corrugated segment accounted for a largest market share in the bakeable trays market in 2018. Corrugated trays consists of two components- a liner and fluted material. The fluted material is inserted between two liners for providing strength to tray. Demand for corrugated trays is high due to its properties such as strength and can be produced in high volumes very quickly and easily. 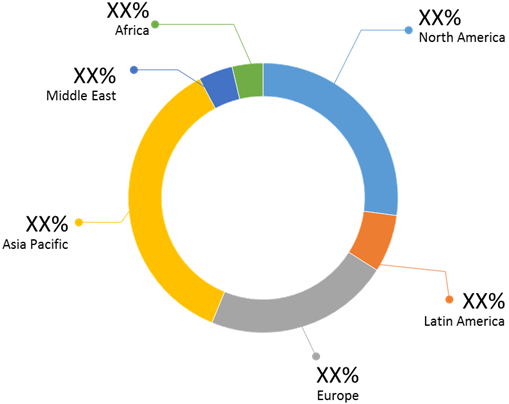 Asia Pacific accounted for the largest market share in 2018, owing to growing the food & beverages industry. Bakeable trays are used in the bakery industry to store, bake, ship, and display single served baked goods such as cupcakes, muffins, and others. Growth of bakery industry in the region is expected to increase demand for bakeable trays. For instance, according to the Ministry of Food Processing Industries and Government of India, the bakery market in India was valued at US$ 5,977 million in 2016, and is expected to exhibit at a CAGR of 10.98% during 2016-2020 to reach US$ 8,576 million by 2020.

Furthermore, major companies are focused on product launches in order to increase their market share. For instance, in 2016, Multivac Inc. launched dual ovenable Mylar BAKE film coated product range. The product is designed for cooking meat and has self-venting property, which increases the shelf life. 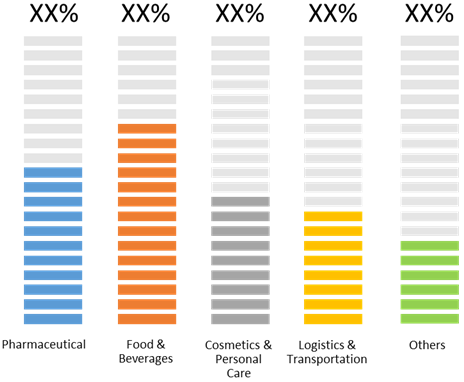 Among application, the food & beverages segment accounted for a significant market share in the global bakeable trays market in 2018. Bakeable trays are majorly used in the food & beverages industry for packaging of ready-to-eat or convenience foods. Changing lifestyle and increasing disposable income are expected to increase demand for ready-to-eat or convenience food products. For instance, according to the Trading Economics Statistics on United States Disposable Personal Income, the disposable personal income in the U.S. averaged US$ 5,200.2 billion in 1959, which increased to US$ 15,742.81 billion in 2018.

Bakeable trays or direct-to-oven trays are mostly made from corrugated paper which is both waterproof and heat-resistant. These trays are designed for shipping and baking of food products on the same tray, which makes it more efficient than traditional baking trays. Most of the manufacturers offer bakeable trays with a high gloss P.E.T. laminate. These trays can be baked at tempertaures upto 220 degree celcius.

Key players in the market are adopting various strategies such as product launches in order to expand their product portfolio and strengthen their market presence. For instance, in 2016, Multivac Inc. launched dual ovenable Mylar BAKE film coated product range. The product is designed for cooking meat and has self-venting property, which increases its shelf life.

Among product type, the single corrugated bakeable trays segment is expected to account for a significant share over the forecast period. Single corrugated trays are used for baking and shipping of goods. This trays offer time & money saving alternative for conventional baking pans.

Among application, the food & beverages segment is expected to witness significant growth over the forecast period. Growth of bakery and convenience food products is expected to increase the demand for bakeable trays. For instance, according to Germany Trade & Invest (GTAI), Germany’s industrial bakery market was valued at US$ 20 billion in 2017. According to the same source, Germany’s convenient food market was valued at US$ 6.7 billion in 2017, which has increased by 4 % between 2013 and 2017.

Asia Pacific is expected to account for a significant market share over the forecast period. Increasing disposable income and changing lifestyle patterns has led to increasing demand for convenience or ready to eat food products. For instance, according to World Bank Group, the per capita income in Asia Pacific region was US$ 10,368 in 2017 which increased by 3.85% from 2016.

What are the growth estimates for bakeable trays market till 2027?

Which are the prominent bakeable trays market players across the globe?

Which segment based on application, accounted for the highest demand in thebakeable trays market?

Among application, food & beverages segment accounted for a significant market share in the global bakeable trays market in 2018.

What are the key factors driving growth of the bakeable trays market?

Increasing consumer preference towards ready-to-eat or convenience food productsis one of the major factors that is expected to propel growth of the market over the forecast period.

What is the compound annual growth rate (CAGR) of the bakeable trays market for next 8 years?

Which region held the largest market share in the bakeable trays market?

Among regions, Asia Pacific accounted for the largest market share in 2018.

Tea is a hot beverage and is the second most consumed beve...

Citrus flavors is one of the popular flavoring agent widel...

Industrial bulk packaging is a packaging of heavy industri...