Cocoa beans are dried, fully fermented, and processed to extract cocoa butter, cocoa liquor, and cocoa powder. Forastero, trinitario, and criollo are the three main varieties of cocoa plant, of which Forastero beans are most widely consumed and comprises around 85% of the world production of cocoa.

However, declining soil fertility, changing climate and weather conditions are some of the factors adversely affecting the productivity of cocoa beans. According to the World Cocoa Foundation, variation in climate conditions affect cultivation of cocoa in a several ways including pest infestation and reduction in pod weight. Furthermore, the changing climatic conditions causes shrinkage of cocoa growing areas in leading cocoa producing countries such as Côte d’Ivoire and Ghana. These factors restrain growth of the global cocoa market.

Europe held a dominant position, in terms of revenue, in the global cocoa market and is expected to maintain its dominance over the forecast period, witnessing highest CAGR among all. According to the Center for the Promotion of Imports (CBI), Ministry of Foreign Affairs, in 2016, Europe accounted for more than half of global cocoa bean imports, with Germany, the Netherlands and Belgium being the largest importers in the region. Furthermore, the Netherlands is the major direct importer of cocoa beans from emerging economies such as Ivory Coast, Ghana, Cameroon, Nigeria, and Peru. According to CBI, European countries such as Czech Republic, Denmark, Finland, and Slovakia recorded highest annual growth rate in cocoa bean importing from emerging economies between 2010 and 2014. Moreover, the rising demand for specialty chocolate is fuelling demand for fine flavor cocoa in Europe. This in turn, supporting the overall growth of cocoa market in the region.

Among source types, organic cocoa is expected to record the fastest growth, witnessing highest CAGR during the forecast period. Organic cocoa accounted for a small share in the cocoa market in 2016. Increasing demand for organic cocoa due to the increasing concern regarding the food safety coupled with environmental concerns among consumers. 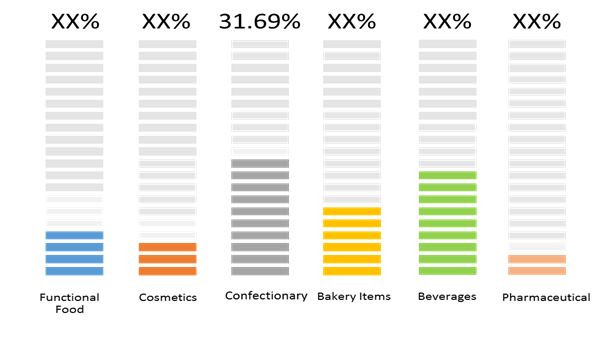 Based on product types, the cocoa market is segmented into cocoa butter, cocoa liquor, and cocoa powder, with cocoa liquor being the major contributor in the growth of global cocoa market in 2016. Cocoa liquor is a pure chocolate and is a mixture of cocoa butter and cocoa powder. It is the key raw material for dark chocolate and milk chocolate. Moreover, it is also used in desserts, drinks, bakery products, ice cream, and ice cream coatings.

Based on process, the market is segmented into dutch and natural process. Dutch process segment held a dominant position in the cocoa market in 2016. It is a type of cocoa that have been washed in the alkaline solution of potassium carbonate, in order to neutralize its acidity. The process also confer a darker color to cocoa powder.

Cocoa is majorly used to confer flavor, taste, and texture to food. Moreover, cocoa enhances functional and nutritional benefits. This is majorly due to the presence of flavonoids in cocoa. Flavonoid consumption is associated with various health benefits such as reduced risk of cardiovascular problems and blood pressure coupled with the improved blood vessel functioning and cholesterol levels. Furthermore, chocolate is also used to masks the unpleasant taste of medicines. This in turn, increases the cocoa market penetration in pharmaceutical sector.

Growing demand for premium and specialty cocoa bean is the major factor contributing to the growth of global cocoa market. Furthermore, increasing awareness regarding the health benefits of consuming flavonoids is propelling the demand for dark chocolate, as it contains high amount of cocoa. This in turn, fueling growth of the cocoa market. Wide applicability of cocoa is considered as another factor driving the market growth. Cocoa is widely used in the manufacturing of dark chocolate, sweet chocolate, milk chocolate, drinking chocolate, bakery, and confectionary products.

Europe held a dominant position in the global cocoa market in 2016, owing to growing demand for high grade and fine flavor cocoa in the region. Fine flavor cocoa beans have higher quality as compared to common grade cocoa beans, owing to their more pronounced organoleptic characteristics such as taste, color and odor.